Nottinghamshire has reserves of oil in the north-eastern, central and southern areas of the county.

During World War II, oil extraction started from land at Eakring. Since then, further oil fields have been identified mostly in north Nottinghamshire but ranging as far south as Rempstone near the county boundary with Leicestershire.

In the 1970s, Nottinghamshire was the biggest producer of onshore oil in the UK

The oil recovered in Nottinghamshire is high quality and is mainly used in the plastics and chemical industries, rather than as fuel. The majority of oil is taken by rail from the central collecting station at Gainsborough to refineries at Immingham in Humberside.

The plan below details the extent of the shale gas prospective resource in the county along with oil fields, PEDL Licence Areas, mine gas recovery sites, and coal bed methane sites. 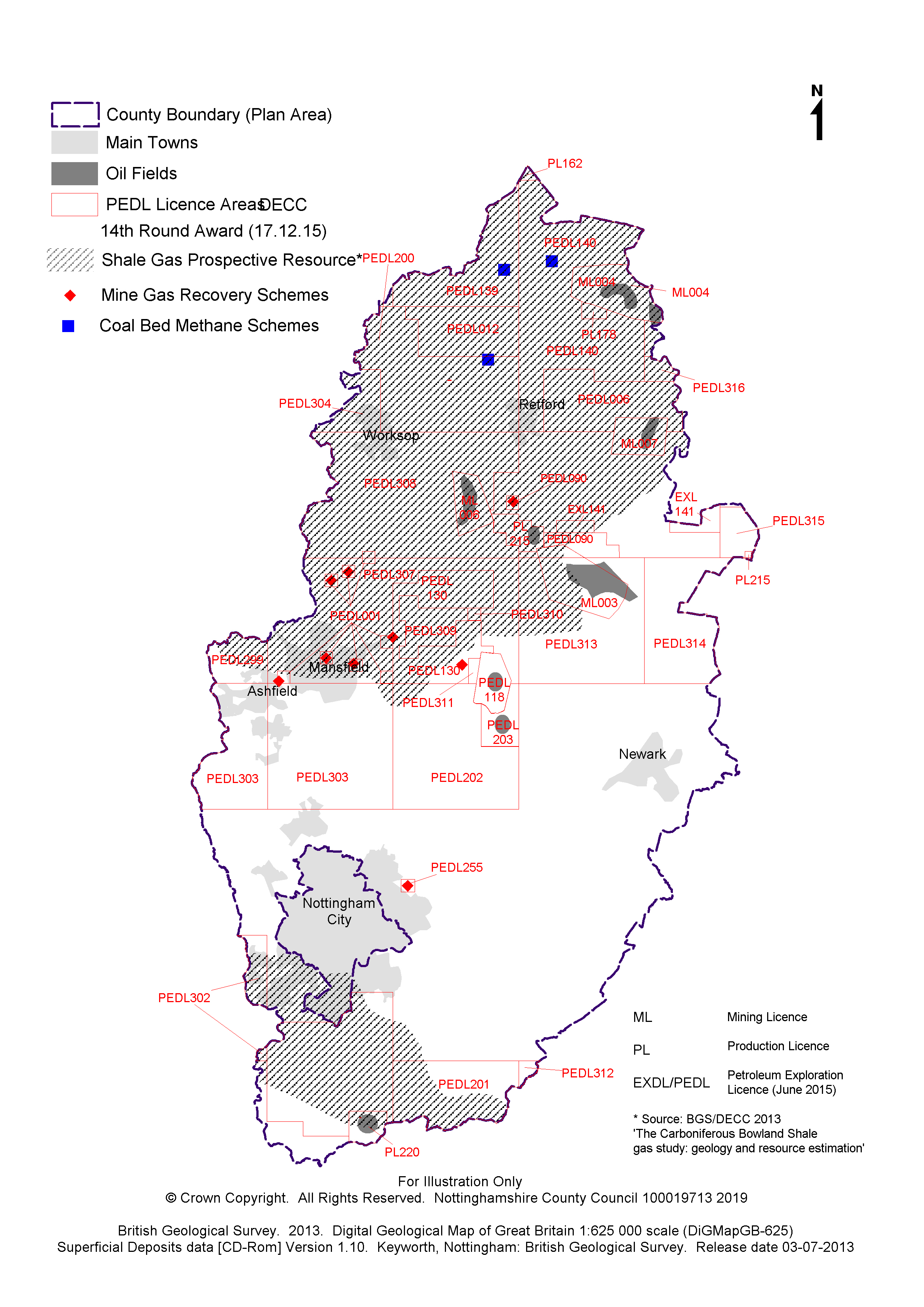