The Battle of Stoke Field took place on 16 June 1487 and is the last Battle of the infamous Wars of the Roses.  It is Nottinghamshire’s only registered battlefield. 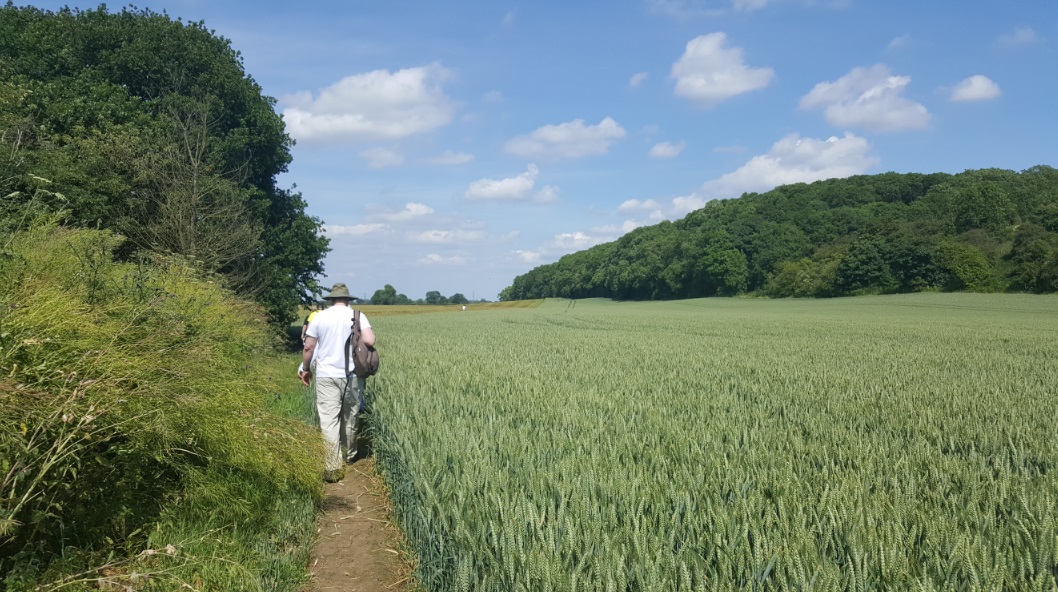 The battlefield route on a sunny day.  Please keep to the public footpaths.

The battle was the last major conflict between the Houses of York and Lancaster and was a battle to gain control of the crown. The Battle of Bosworth Field, two years previously, had established King Henry VII on the throne, ending the last period of Yorkist rule and initiating that of the Tudors.

The Battle of Stoke Field was an attempt to unseat King Henry VII in favour of a 10 year old boy called Lambert Simnel who was an imposter pretending to be Edward, Earl of Warwick, the son of Edward IV’s brother, the Duke of Clarence. Simnel was used as a pawn by leading Yorkists to try and re-establish their hold on the crown.

The rebel Yorkists, led by the Earl of Lincoln and a German mercenary named Colonel Martin Schwartz, controlled an army made up of around 8,000 men, mainly poorly armed Irish troops led by Thomas Fitzgerald and Swiss/German mercenaries. King Henry’s forces totalled around 15,000 with the vanguard of around 6,000 led by John de Vere, the Earl of Oxford with two support groups, one led by the King and the other by George Stanley, Lord Strange.

Although only Oxford’s vanguard were engaged by the rebels the battle itself was a bloody one with heavy casualties, particularly amongst the poorly armoured Irish who were shot through by English archers. Towards the end of the battle almost all the leading Yorkists, Martin Schwartz and Fitzgerald were killed. The Yorkist army began to flee towards the River Trent but were chased down and captured or killed.  The River Trent is said to have “run red with blood”.

The Red Gutter is said to be the area where the massacre took place, although it is unclear whether this natural escarpment is so called due the blood split there during the battle or whether it derives its name from red clay deposits. 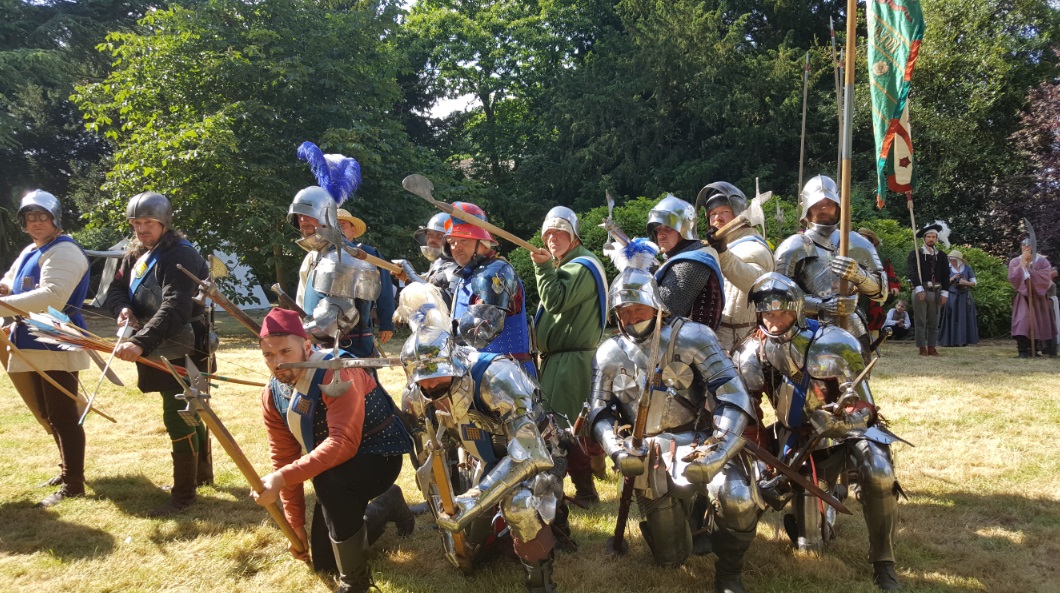 The Beaufort Companye re-enact some of the military formations that would have occurred during the battle.

In the end, Henry VII's victory was crushing. The number of casualties are believed to have been in the region of 7,000.

In the aftermath of the battle, Lambert Simnel was captured, but was pardoned by Henry in a gesture of clemency. Henry realised that Simnel was merely a puppet for the leading Yorkists. He gave Simnel a job in the royal kitchen, and later promoted him to falconer.

Learn more about the battle

You can download a leaflet and follow a self-guided trail on public footpaths.  There are information panels that provide more information along the route.

You can also find out more about the battle from characters who experienced it first-hand in our video trail.  The videos correspond with the information panels on the trail.

Introduction to the Battle of Stoke Field by Dr Emma Wells