Individuals who have 25 years continuous or combined service with Nottinghamshire County Council are entitled to a long service award.

If you are an existing employee you will find further information and how to apply on the intranet.

Have a look at some of the phrases our customers have used to describe our employees: 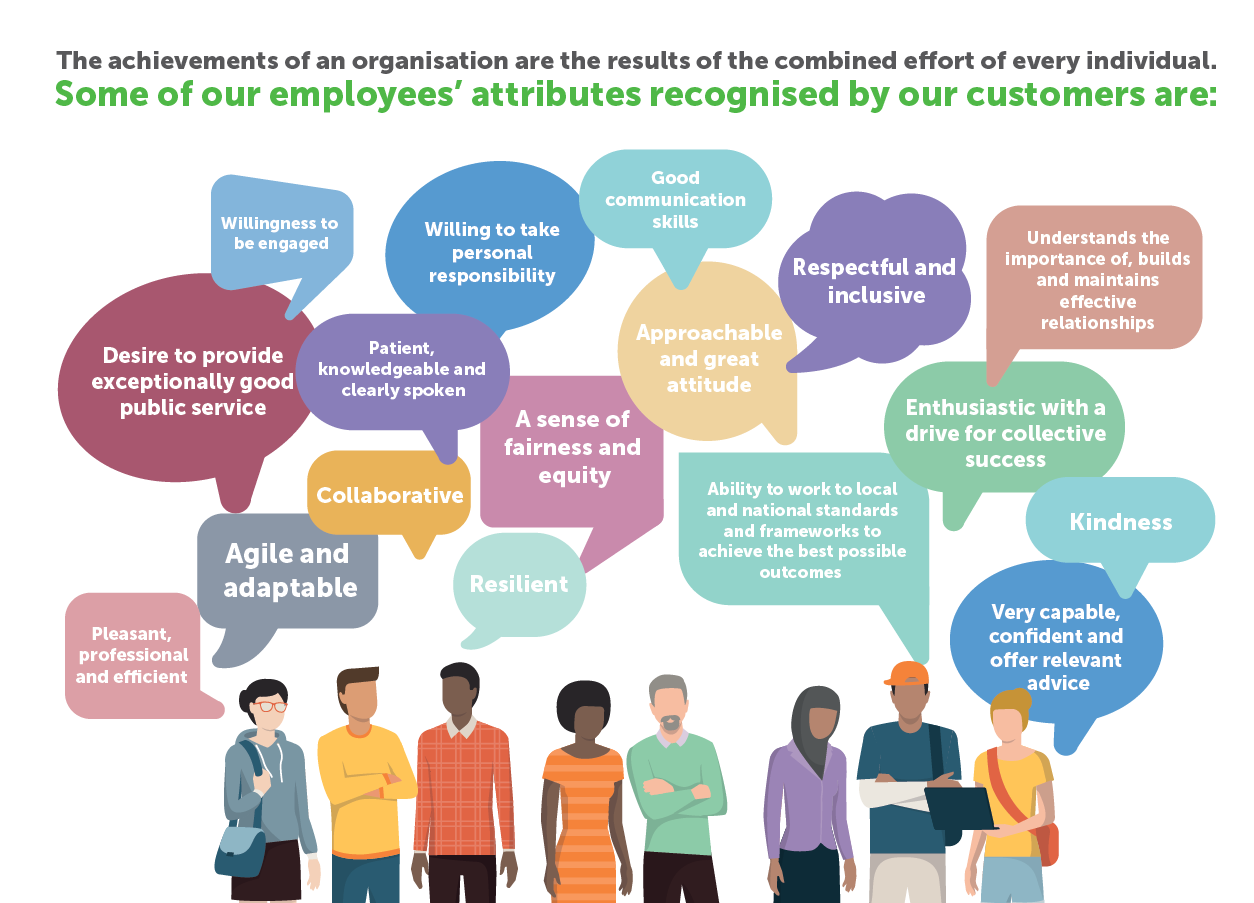 Last year, awards presented to our employees in the Full Council.

The Council received an award for the food prevention scheme undertaken in Newark in partnership withSevern Trent Water. The award was presented to Sue Jaques, Team Manager Risk Management, Peter Goode, Traffic Manager at Via East Midlands and Clive Houldsworth from Highways and Transport.

The Council was accredited with Disability Confident Employer Award and this award was presented to Martyn Harris, Chair of the Disabled Employees Support Network.

The annual Stonewall Workplace Equality Index has ranked Nottinghamshire County Council as a Top 100 Employer and the best public sector organisation to work for in the East Midlands. The award was presented to Karen Moss, Corporate Equality Officer.

British Youth Council presented MYM Champion Award to the Council. The award was presented to Jack Heald, Member of the Youth Parliament for Newark and Sherwood, and former Chair of the Young People’s Board, and Amy Beckworth, Youth Worker, who alongside her team co-ordinated the Make Your Mark campaign in Nottinghamshire.

Council’s Digital Growth Programme had been awarded as “Highly Commended” at the ADEPT President’s Awards under the category of “Developing Digital Innovation and Technology”. The award was presented to Emily Wormall and Trish Burke from the Growth and Economic Development Team.