A ‘super seven’ of young people from across the county have been named as the district winners of Nottinghamshire County Council’s Outstanding Achievement 4Uth Award for 2018.

There were approximately 80 nominations for this year's winner – with entries received from friends, family members, youth workers and people who work in a range of voluntary, public sector and other organisations. Judging panels in each district decided the winners from three nominations in each district, and a separate judging panel assessed the final seven.

The awards ceremony was held at County Hall on the 26 October, where the achievements of the 'super seven' district winners were celebrated and the overall county-wide winner was awarded to Darren Yemm from Newark and Sherwood.

Find out each winner's inspirational story below. 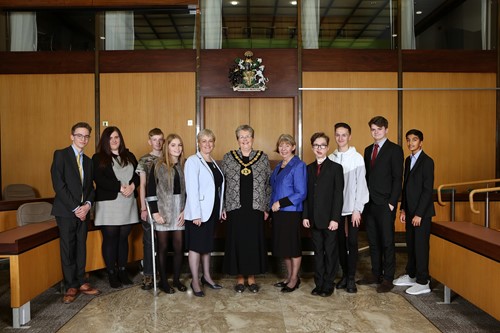