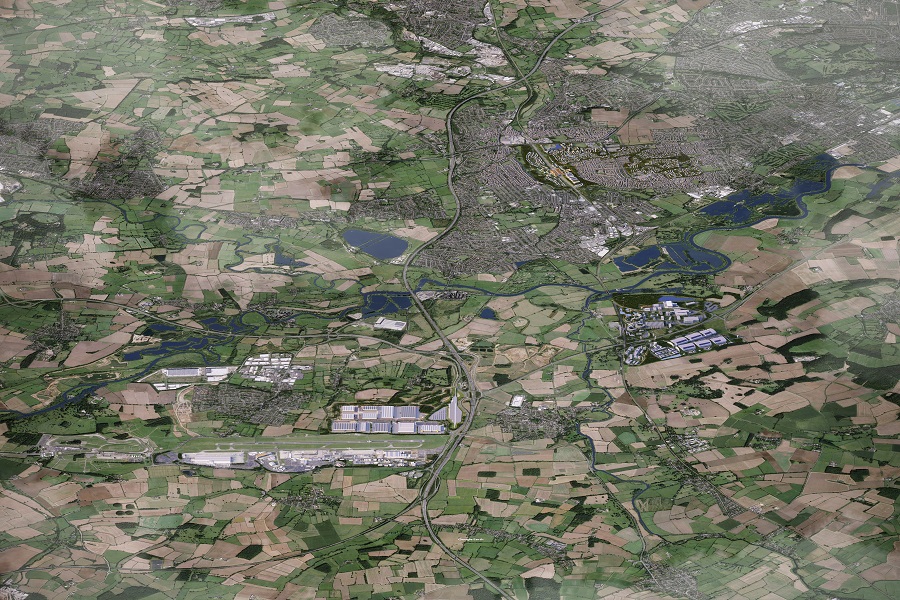 High Speed 2, also known as HS2, is the name for a new high-speed railway planned for the UK, which will connect various major cities and destinations to the East Midlands.

HS2 is coming to Nottinghamshire

On Thursday 18 November 2021, the government confirmed through the Integrated Rail Plan (IRP) that the eastern leg of HS2, also known as Phase 2b, will run from Birmingham to the East Midlands, with a stop inside Nottinghamshire at East Midlands Parkway, just south of Nottingham.

The IRP also refers to a rail link and conventional station at Toton, which could later be upgraded for high-speed trains. The plans show that HS2 will be delivered in phases, with the next phase running north on to Leeds.

The announcement was made as part of the newly published Integrated Rail Plan (IRP), which also confirmed the electrification of the Midland Main Line, the existing main rail route which runs from London to Leicester, Nottingham, Derby, Chesterfield and Sheffield. The line is already being electrified to Market Harborough, but will now also be electrified to Leicester, Nottingham, and Sheffield via Derby.

Electrification: better for the environment and improving reliability

Proposals for Toton and Chetwynd form part of an ambitious long-term vision for the future of the regional economy. Nottinghamshire County Council is a key partner of a proposed Development Corporation that would see coordinated developments around Toton and Chetwynd, Ratcliffe-on-Soar Power Station and East Midlands Airport, covering the equivalent size of three Olympic Parks, with the aim of creating 84,000 jobs and adding £4.8bn to the value of the regional economy, as well as 4,500 more homes.

These developments would also create green spaces centred around Toton and Chilwell, Ratcliffe on Soar power station and East Midlands Airport. All of this can be turned into a network to access Toton, meaning that communities like Ashfield and Mansfield will see better and more frequent links into Toton and beyond and the future expanded HS2 network.

Below: a computer rendered image of the planned site at Toton 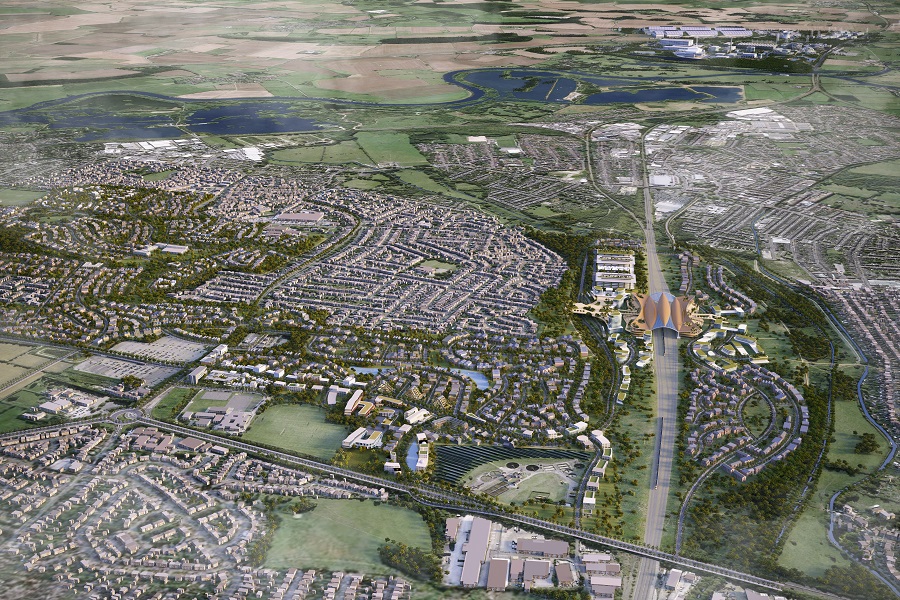 As well as more housing, jobs, and training, HS2 will act as a driver for improved connectivity, building on our strengths which include a wide range of manufacturing, technology, and high-value services, as well as Nottingham’s two top universities.

The planned station at Toton would link to local train, tram and bus services. The new station comes with over 200 hectares of development land, excellent infrastructure and is in a good location, providing good opportunities for developers to invest.

Below: a computer rendered image showing the planned development at Toton and Chetwynd 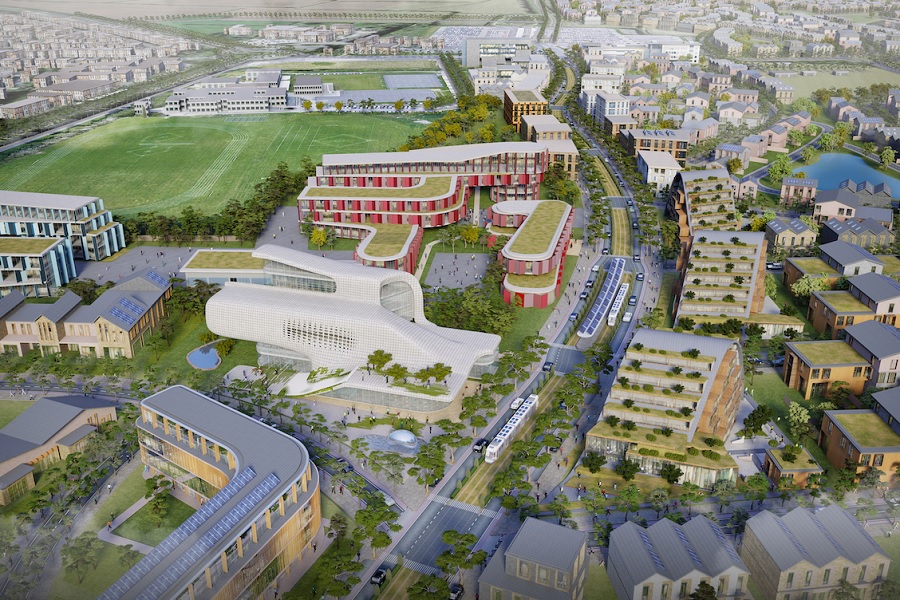 HS2 would connect the major cities and destinations in the Midlands and the North, improve local connectivity, and is expected to improve productivity. It would also release capacity on existing lines for freight, so that freight services do not need to run on HS2.

Nottinghamshire County Council is also working with the Midlands Engine and regional partners to explore the business case for a locally-led Development Corporation for the East Midlands. The Development Corporation aims to maximise the opportunities made possible by HS2, by linking up and accelerating growth across the three sites at Toton, Ratcliffe on Soar Power Station, and East Midlands Airport.

Below: a computer rendered image showing the planned development at Ratcliffe on Soar 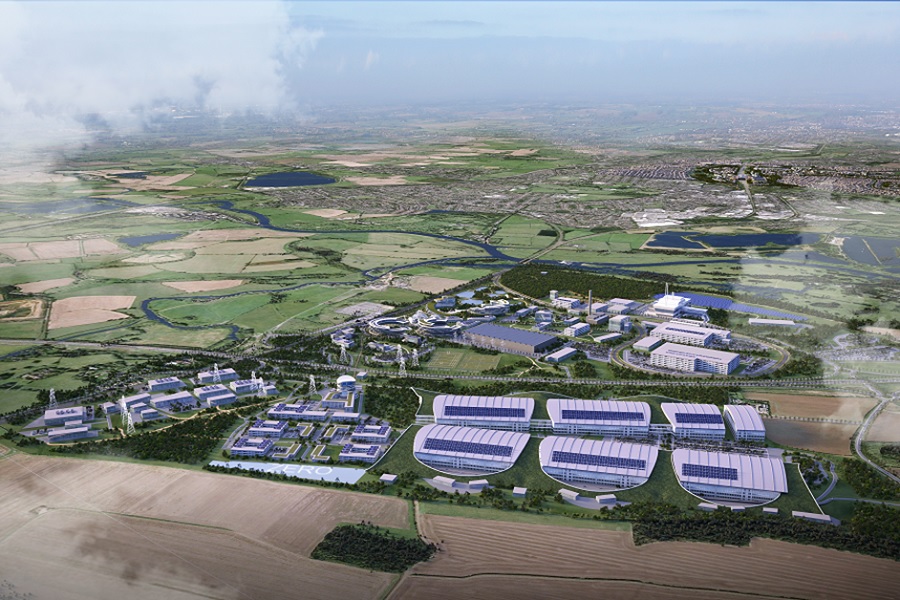 Below: A computer rendered image showing the planned development at East Midlands Airport 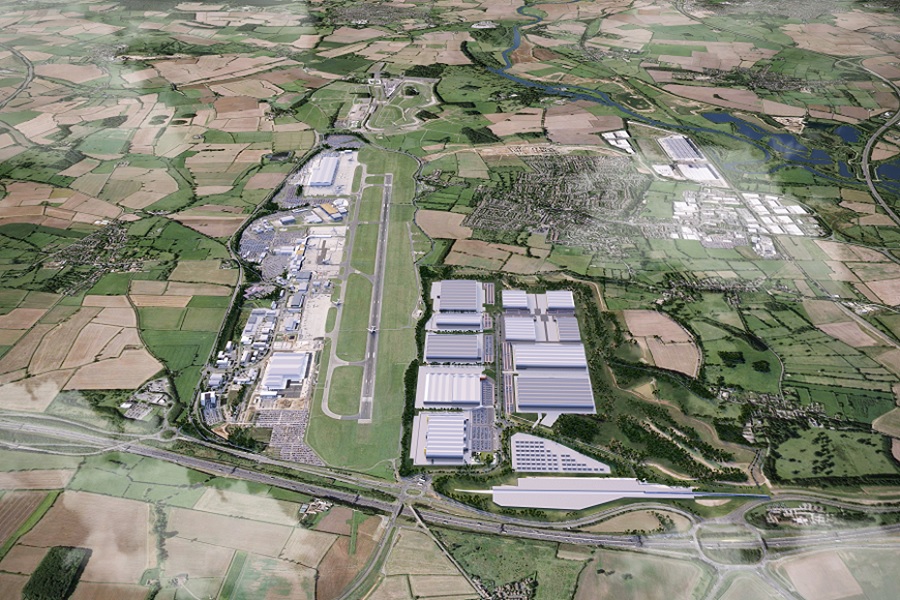