Whilst VE Day marked the end of the WWII in Europe in May 1945, many thousands of Armed Forces personnel were still fighting in the Far East.

On 15 August 1945, Japan surrended - VJ (Victory in Japan) Day had arrived, the Second World War was finally over. When the news arrived celebrations broke out across the globe, from London taking to the streets to celebrate, cheers from crews based in the Coco Islands,to allied forces taking part in a celebratory parade in Nairobi, Kenya. A two day holiday was declared for the UK and people from all walks of life came together to mark the moment.

At midnight on 15 August 1945, the British Prime Minister Clement Atlee confirmed the news in a broadcast saying,

“The last of our enemies is laid low.”

He expressed gratitude to Britain's allies, in the Dominions of Australia and New Zealand, India, Burma, all countries occupied by Japan and to the USSR.

Across the nation community celebrations were planned to mark the 75th anniversary of both VE Day and VJ Day, many of which sadly have had to be postponed or cancelled due the coronavirus pandemic. That being said we want to encourage the residents of Nottinghamshire to mark #VJDay75 as it's an opportunity for us to reflect on history, and say thank you to all those that served and sacrificed in the Far East - whose service and sacrifice allowed for the freedom we live and enjoy today.

"When you go home tell them of us and say, For your tomorrow, we gave our today." 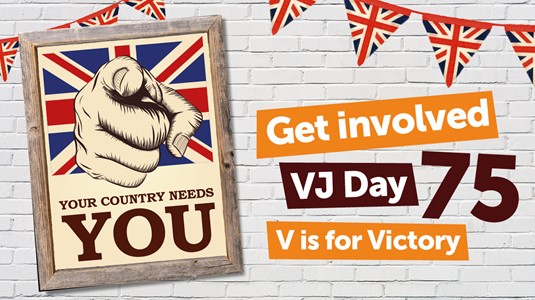 From quizzes to kids craft activities, get involved in the commemorations at home with these downloadable materials and live stream of events. 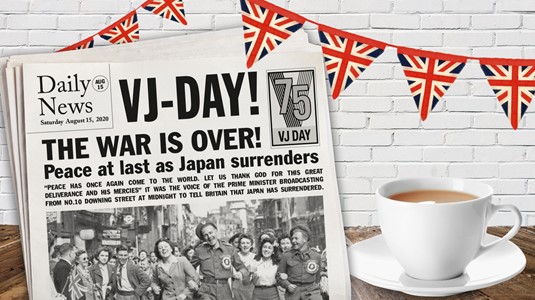 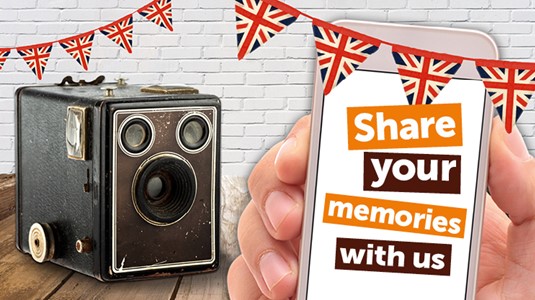 Be part of history

Share your photos and videos from your VJ Day celebrations to become part of Inspire libraries 'life in lock-down' picture archives.

We are encouraging all Nottinghamshire residents to take part in a national moment of Remembrance on Saturday 15 August.

A Two Minute Silence will take place at 11am. Tune in to BBC One (9.30-11.30am) for live coverage from the National Memorial Arboretum in Staffordshire, where the remembrance commemoration is taking place.

This is our opportunity to pay tribute to the many millions at home and abroad that gave so much to ensure we all enjoy the freedom we have today.

Share your VJ Day celebrations with us on social media

We'd love to see photos and hear stories from those who experienced VJ Day or stories that have been passed down in your families as well as seeing how you're celebrating VJ Day75. Share photos and stories with us on Facebook and Twitter and use #Notts75 or #NottsRemembers.