⃰ A Section 106 agreement is a legal obligation entered into between a housing developer and a local authority through which a developer contributes financially to reduce the impact of a development proposal by providing local services, in this case, a new school.

It is projected that the 1,700 houses proposed for the Lindhurst site will yield 357 primary and 272 secondary school places required in the area. The developer of the site at Lindhurst has agreed to make available land and contribute towards the cost of building a new primary school to serve the new housing development. The developer will be requested to contribute towards the cost of creating additional secondary school places in the Mansfield East planning area. 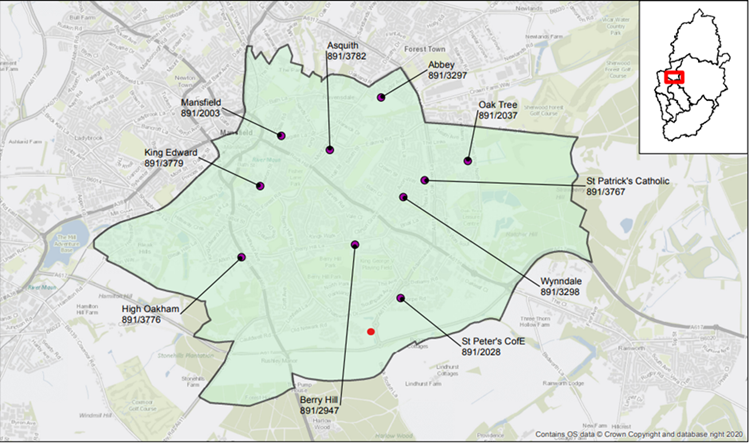 As part of the Section 106 agreement for the development of the Lindhurst site, developers are committed to deliver supporting infrastructure to the area. The developer has agreed to the allocation of a site of 2.1 hectares for the building of a new primary school for children aged 4 to 11. The school will also offer early years provision.

This is a large development where a new school was a condition for the granting of the planning permission.

The new school would be built in accordance with the specifications described by the Department for Education (Building Bulletin 103) and under consultation with Nottinghamshire County Council.

Admission arrangements, which may include a catchment area for the new primary free school, would be decided by the sponsoring Multi Academy Trust. The trust that will operate the school will be selected through the Free School Presumption process.

As per the timeline published below, this consultation will run for 5 weeks from Monday 1 March 2021 until Sunday 4 April 2021.

Nottinghamshire County Council will welcome responses to the consultation during this period.

The outcome of this initial consultation will be reported to Elected Members of the Children and Young People Committee, who will decide whether to proceed to with a Free School Presumption process. If this option is chosen, Nottinghamshire County Council would invite Multi-Academy Trusts to apply in September 2021 for selection to operate the new primary school, if that is the local authority’s decision.