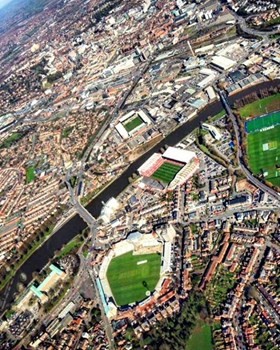 Post-pandemic plans to reinvigorate Notts’ visitor economy have been given a boost – thanks to feedback from those at the heart of the industry.

Visitor attractions, local businesses and suppliers had their say on the future of the county's visitor economy as part of a six-week consultation which included an online survey and face- to-face events last Autumn.

Based on feedback from industry and partners, plans have been updated to help give Nottinghamshire an even stronger identity when promoting the county as a unique place to visit. For the first time, there’s a separate theme for sport.

The six main themes/selling points are:

Final plans will be presented to Economic Development and Asset Management Cabinet for official sign-off then used as the framework to focus on practical ways to support the industry. A full action plan will be announced this Spring.

“We want to see the visitor economy get back to the pre-pandemic days of it being one of the fastest growing industries in the UK    generating billions in GDP a year and employing over two million people.

“Which is why we’ve listened to the industry to build on our existing plans. Sport warrants being a focus in its own right, after all the Tour of Britain cycle race brought a massive £4.3 million into the county’s economy and attracted 225,000 spectators - of which nearly 70 per cent were from outside the local area.

“And should plans for a combined authority go ahead, having more decision-making powers and resources means bringing in more investment across Derbyshire, Nottinghamshire, Derby, and Nottingham making the region an even more attractive place to visit.”

"We know there’s still challenges for the industry, particularly with rising costs, but It’s vital we boost our visitor economy by being even clearer about what we are all about and what we have on offer. These six themes give us a great basis to do that.

“We thank everyone who fed back on this consultation to help us better focus on our visitor economy, which is wider than you may think, as it includes traditional tourism and everything in the supply chain that attracts visitors to Nottinghamshire – including construction, farming and sport – and the infrastructure that supports it.”