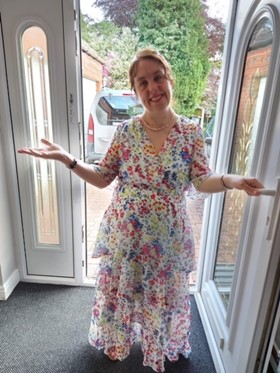 205 more ‘supported living’ placements could be created in Notts to help people with disabilities and complex needs live as independently as possible in the community.

The County Council will go out to the housing provider market to tender for eight different contracts between now and January 2023. The plans include up to 10 schemes of between six and 12 units within north Notts, mid Notts and south Notts, as well as two larger schemes in Worksop and an extra care scheme for older people in Hucknall.

There are already 190 supported living schemes throughout Nottinghamshire, providing independent living for 750 people. The Council is due to open a new scheme in Carlton in the autumn called Annear Place, which will offer short term support for 12 people.

Councillor Matt Barney, Cabinet Member for Adult Social Care and Public Health, said: “We want to help more people to live as independently as possible so they can be a part of their local community.

“Supported living can offer a great option for people with learning disabilities who are leaving home for the first time, as well as people with mental ill-health who have been discharged from hospital. Staff are on-hand if they need extra support and will help people develop the skills they need to eventually move into their own accommodation, such as preparing meals or managing their finances.”

Heather Bradley’s life was turned upside down after the sudden and unexpected death of her step-father. After a brief stay in a residential care home, a place was found for her in supported living accommodation.

The staff team from Mencap are there to support her with her medical needs and have helped her develop her strengths so she can live as independently as possible.

She now takes part in many social activities, including a weekly disco and voluntary work at the local café. She’s also enjoyed trips to the seaside, theatre and a West End show in London.

A spokesperson from Mencap said: “Heather’s confidence goes from strength to strength. She has lots of plans and can't wait to achieve all she sets out to do with the support she needs.”