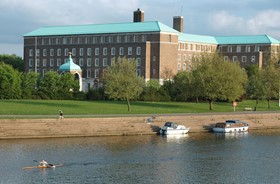 A detailed carbon reduction plan will be drawn up by the council as a way of slashing emissions from its activities and services.

The plan will be delivered, and implemented, this year and will be an important lever in helping the council achieve its ambitious carbon neutral target by 2030.

The carbon reduction plan will be based on evidence gathered from the council’s recently published greenhouse gas report which set out where its emissions are most prevalent.

The report showed that 54% of the council’s emissions are from its electricity use; both in buildings and from highway equipment and lighting, with 18% due to heating, 13% from running of fleet vehicles, the reminder caused by staff business travel and transmission losses.

The county council’s Environment Ambassador, Cllr Mike Adams, has welcomed the creation of a carbon reduction plan describing it as a “game-changer.”

Cllr Adams said: “It is good news that we are now in the process of drawing up a carbon reduction plan; it is going to be a game-changer in our ambition to become net zero in all of our activities by 2030.

“Producing our greenhouse gas report was the first step to getting our plan up-and-running  – we couldn’t go into this important project without getting the facts right about the origins of our emissions.

“We are already ahead of time with some of the elements likely to be in this plan, for example, we have switched the majority of our highways lighting to LEDs and we are now moving our electricity supply to a green tariff.

“We are serious about doing our bit to mitigate the effects of climate change in Nottinghamshire and our carbon reduction plan will be an important blueprint for our work.”

Nottinghamshire County Council committed to become carbon neutral by 2030 after it declared a climate emergency last May.