50mph speed limit to be introduced on Stragglethorpe Road 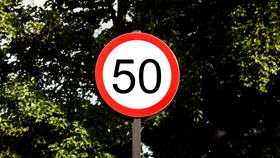 A new 50mph speed limit will be introduced on Stragglethorpe Road to improve safety for motorists.

The road, which links the A52 and the A46 is currently has a 60mph speed limit, apart from a small 40mph section, and has seen 12 recorded injury accidents to vehicle occupants between 2016 and 2019.

With more accidents and daily traffic than most unclassified rural roads, Nottinghamshire County Council has decided to implement the new speed limit to improve road safety for vulnerable road users, reduce the speed at which vehicles approach junctions and make the road safer for cyclists.

Alongside the new speed limit, the county council will also carry out works to improve the visibility of the bends along the road.

Councillor Neil Clarke MBE, Cabinet Member for Transport and Environment at Nottinghamshire County Council, said: “Stragglethorpe Road connects two major routes and because of this, it carries a lot of traffic – somewhere between 5,000 and 10,000 vehicles, which is higher than average for this type of road.

“We are concerned that the number of injury accidents is also higher than average for this kind of road and this is one of the reasons why we have decided to lower the speed limit.

“In July 2021, we set ourselves a new road safety target to reduce the number of preventable road traffic collisions which result in fatalities or serious injury by 40% in the next 10 years.

“We are now almost two years into this 10-year period, and it is measures such as this speed limit reduction on Stragglethorpe Road which will play a part in achieving our aim.

“Changes to speed limits are calculated using guidance from the Department for Transport. Speed limits should reflect the nature of the road and the average speeds of the traffic.

“In this rural location, 50mph is a realistic limit that should lower the average speeds further and consequently improve road safety. The existing 40mph sections will not be affected by this change.

“We hope that these new measures increase safety for those travelling along the road and we will continue to monitor accident data.”