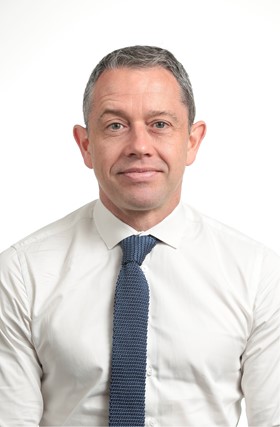 On September 6, the eyes of the world will be on our county with 120 top cyclists set to compete in the Tour of Britain race. Culture Director Derek Higton explains why this is such a coup.

The countdown is on to the Tour of Britain cycle race when on 6 September some of the biggest names in cycling will speed through our county.

It’s a great coup for Nottinghamshire to be hosting an entire stage of this prestigious race for the first time.

So whether you’re planning to teach your little ones to ride a bike or have been meaning to take your bike out for a spin to enjoy the great outdoors, let’s hope the event will inspire more people to cycle, as well as coming out in force to cheer on the 120 competitors on the day itself.

We have always known cycling can help improve health and fitness, and recent university research backs this up – it’s been found that cycling to work every day can even reduce the risk of heart diseases – as well as having obvious environmental benefits and saving petrol costs.

The route will showcase some of Nottinghamshire’s most scenic views, take in a number of country parks and go through many of our local towns.

Starting in Mansfield, the route will head through Sherwood Forest, Clumber Park and loop the north of the county including Worksop, Retford, finishing in Newark. It will also take in Eastwood, Kirkby-in-Ashfield, Sutton-in-Ashfield,  Hucknall, Southwell and Newstead Abbey.

The race will also pass through Bircotes, home of the museum and memorial to cycle legend Tommy Simpson, who some readers may remember won the world road race championships back in 1965

The free event is expected to attract a huge number of visitors and a world-wide TV audience of millions which is hoped will boost Nottinghamshire as a visitor destination and have an significant economic impact.

And with 175 kilometres of local roads due to be covered by the race, there will be plenty of opportunities for local spectators to be part of this fantastic event.

Here at Nottinghamshire County Council we’ll be working hard with our district council partners, the Tour organisers and Marketing Nottingham and Nottinghamshire to make sure that everything is in place for a successful stage - as all eyes will be on our county on 6 September!

More details will be announced over the coming months on the main OVO Energy Tour of Britain website http://www.tourofbritain.co.uk and also atwww.nottinghamshire.gov.uk