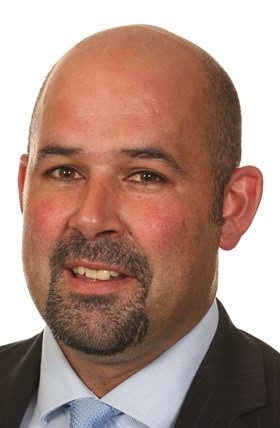 A campaign is under way to give more two-year-olds the opportunity for free early education in the county – to give them a great start in life.

Nottinghamshire County Council is keen to increase the number of two-year-olds who receive 15 hours of free funded early education by encouraging parents and carers to take up the offer.

As part of the campaign, the county council has produced postcards and posters to highlight the offer for 15 hours funded early education childcare for two-year-olds. It will also be speaking with its network of early years settings, health visitors and children’s centres to promote the message.

We are raising awareness of free early years places for two year olds. We are committed to giving pre-school children the very best start in life and this funding can only help.

We also want to encourage more schools and other early years education settings to provide places for two-year-olds from low income families. Currently only a handful of schools in the county have two-year-olds on their roll.

All Saints CE Infant School in Huthwaite is one school which introduced places for two-year-olds in 2014 and says it has been a success. It currently has around ten two-year-olds in its class for pre-school children, mixing with three and four-year-olds.

Executive Headteacher Jo Redfern said: “The difference is massive – we have been bowled over by it. The children who come into our pre-school aged two consistently make almost double the expected rate of progress in prime areas of learning. Our first cohort of two-year-olds started school in September this year and were at or above national expectations for entry to reception.

“With investment and great staff, it is the ultimate early intervention strategy and ensures that very young children develop positive attitudes and skills that enable them to become independent, enthusiastic and resourceful learners. I would definitely encourage other schools to look at offering early years places to two year olds.

“There is sometimes anxiety among parents who wonder if it is too young for children to start pre-school but we have only noticed the benefits. We get to work closely with parents on a daily basis to help children with things like potty training and learning to socialise with the other pre-school children.”

The county council has separately been working hard for working parents of three and four-year-olds to ensure they have been prepared for extended childcare provision in Nottinghamshire, which came in at the start of September last year.

To find out more about the offer for two year olds, please contact: