We have listened to locals on cycling scheme, says county council 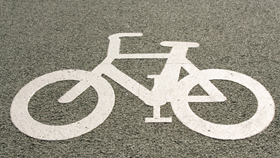 Nottinghamshire County Council has listened to the concerns of residents in Beeston surrounding a proposed cycling scheme.

The scheme on Dovecote Lane had been proposed to encourage walking and cycling in Beeston and as part of this, an Experimental Traffic Regulation Order (ETRO) would have been put in place to close the road to through traffic to make cycling safer.

The council successfully negotiated an extension with the Department for Transport (DfT) in January 2022 to work on the proposals further following concerns raised by local residents and undertook a second round of public consultation in April to gather more feedback on the proposed scheme.

Feedback from local residents shows that there is not enough support for the scheme to take it forwards, and so the county council will now work with the DfT to explore other potential schemes in Nottinghamshire using the allocated funding.

Councillor Neil Clarke MBE, Cabinet Member for Transport and Environment at Nottinghamshire County Council, said: “We have listened to local residents and their concerns and feel that there is not the broad support for this scheme that we require as part of the Active Travel Fund funding conditions to implement it.

“Dovecote Lane was initially identified for a scheme funded by our Active Travel Fund allocation as it is a key cycle route and links the town centre with the train station.

“Schemes such as this need to be supported by local people and where this is not the case it is not feasible to implement them.

“The views of local people are incredibly important to us, and we will continue to seek these out when proposing schemes of this kind.

“We have been working closely with the DfT throughout the process and are now exploring alternative schemes in Nottinghamshire to reallocate this funding.”

The county council will now work with the DfT to explore the possibility of reallocating this funding to other projects.