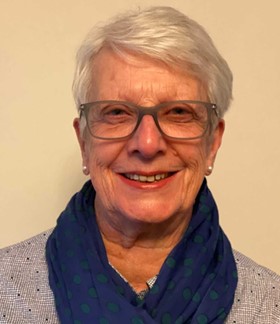 In a statement released by her daughter on behalf of the family, Rebecca Blackwood said:

“We are saddened to announce the passing of our beloved, Maureen Dobson, devoted mother, grandmother, niece, friend and committed public servant.

“Throughout Maureen’s life her character, independent principles, humour and optimism never wavered. She had an infinite capacity to get things done for others whilst she privately battled cancer.

“Her family and friends thank everyone for the expressions of love and support they have received.”

Councillor Dobson served as an independent county councillor for Collingham in Nottinghamshire since 2013 and was a well-respected and active campaigner and debater in the council chamber.

Nottinghamshire County Council’s chief executive Anthony May said: " It is with sadness that I have learned of the passing of county councillor Maureen Dobson. Maureen made a significant contribution to the work of the Council, serving on many of the council’s committees, including the Personnel Committee and the Transport and Environment Committee. My sincere condolences go to Councillor Dobson’s family.”

“The community has lost a dedicated, energetic and formidable campaigner who put those she represented first. Maureen was hugely respected across the chamber and always had something to say. Debates were lively because of her character and simply will not be the same without her presence.

“More recently, Maureen was heavily involved in the newly established highways review panel meeting where she was passionate about working with others to find new ways to improve the roads across Nottinghamshire. She was also actively involved in the COVID-19 response work making sure that people knew where and how to access support in their community and in relation to the flood response efforts. Maureen was a dedicated public servant.”