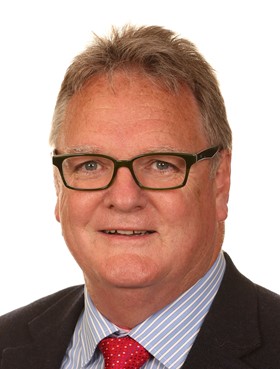 A £20m bid has been submitted to the Government’s Levelling Up Fund to complete work on the Newark Southern Link Road.

Nottinghamshire County Council is supporting the bid by Newark and Sherwood District Council for the £20m investment which would ‘unlock employment land’ and relieve the area’s ‘horrendous traffic woes’.

The project would link the A46 at Farndon and the A1 at Fernwood, providing smoother travel alongside the Newark bypass with an alternative route. There will also be an option to cross the River Devon.

Councillor Girling said: “There is no doubt this investment would make a genuine and immediate difference to the area.

“For far too long this area has been a congested route into the town centre so completing work on the Southern Link Road would provide an invaluable release valve for traffic whilst at the same time unlocking parcels of land for redevelopment.

“As the Local Highway Authority we are wholeheartedly supporting our District Council colleagues with this bid.”

Matt Lamb, Director of Growth and Regeneration at Newark and Sherwood District Council, stated that the land made accessible by the development (‘two million square feet’) will be utilised as employment land, ensuring 5,000 new jobs.

The D2N2 (Nottinghamshire and Derbyshire Local Enterprise Partnership) has reported that there would also be two retail and commercial centres, a 60 bed care home, and two primary schools.

This new population centre would be supported by community buildings, a medical centre, and landscaped green community centres.

Councillor Girling added: “This valuable investment and the commercial and employment benefits that will emerge as a result will go some of the way to aiding Nottinghamshire’s recovery from the impact of COVID-19.

“I believe improved infrastructure projects are very visible signs of progress and we need projects like this to boost employment in the area, particularly among the county’s younger population.”

Alongside Nottinghamshire County Council’s bid, the D2N2 has pledged a further £7 million.

Other funding would be supplied by the Government’s Homes and Communities Agency and the developer Urban & Civic plc.

Another sponsor is Midlands Engine, a collaboration between the British Business Bank and ten Local Enterprise Partnerships across the Midlands.

The Newark and Sherwood District Council bid, supported by Nottinghamshire County Council, for investment from the first round of the Levelling Up Fund, will be submitted to the Ministry of Housing, Communities and Local Government by noon on Friday 18 June 2021.