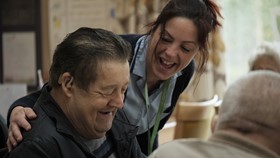 Councillors could approve a range of new social care posts to deal with the increasing numbers of people being admitted to hospital needing both health and social care support.

A report is being presented to Adult Social Care and Health Committee next week (16 March) to recommend the following proposals:

Councillor Tony Harper, Chair of Adult Social Care and Health Committee, said: “If these additional posts are approved, they will help to ease the pressure on the health system by reducing unnecessary admissions to hospital in the first place. We can also support people to be discharged from hospital as soon as they are medically fit and work with them to achieve the most successful outcome possible – to keep them out of hospital and living independently in their own home.

“We also plan to work with our health partners at a senior level to develop a shared vision for integrated health, social care and therapy for Urgent and Emergency Care, including hospital discharge arrangements, as well as integrated community teams. This will be based on where evidence shows there is the best chance delivering the most successful outcomes for local people.”

Between April 2018 – March 2019, 84% of people supported by the County Council to return to independence following discharge from hospital were still at home 91 days later. This is above the national average of 82.4%.

If the two temporary social worker posts are approved, they will be funded from Better Care Fund reserves. The remaining posts would be funded by Nottinghamshire County Council.