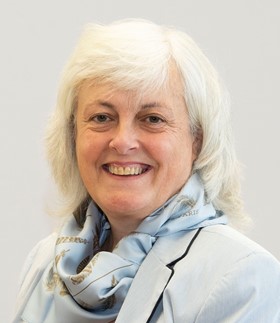 A decision about the future of North Clifton primary school will be deferred to June 2022, following agreement at the Children and Young People’s committee today (Monday, 13 September 2021) so that options for the future of the school can be explored further.

Numbers of pupils at North Clifton primary school have been declining for some time. In June, the county council agreed to consider the feasibility of the school after concerns were raised by the governing body.

As a result, a stage one statutory consultation was carried out recently to examine options for the school’s future.

The consultation, which ran from 23 June 2021 until 23 July 2021, included a survey and meetings with school staff and the public to listen to community views and answer questions.

A review of the situation of North Clifton Primary School will now be moved to June 2022, at which point a decision will be made based on the latest available information, including any housing developments.

The North Clifton governing body has expressed its commitment  to increasing the popularity of the school and has requested additional time to put plans in place in an effort to attract higher numbers of parents seeking a place at the school for their children.

A steady decline in the number of pupils at the schools over the past few years has seen numbers of children on its roll fall to 26 for the current academic year. Reducing pupil numbers also has an impact on revenues and the school currently is in deficit.

It is not expected that admission numbers will increase in future years because there are currently no proposed housing developments in the immediate area in the Newark Local Plan.

Councillor Tracey Taylor, Chairman of the Children and Young People’s committee, said “We are committed to ensuring that small rural schools can be sustained and this is in line with DFE Policy where there is a presumption that small, rural schools can remain open if at all possible.

“However, given the sustained decline in the number of pupils and demand not expected to increase, the school’s governors raised concerns about the future of the school. Listening to the feedback from the consultation, I’m pleased that this committee has agreed to defer a decision to give time to explore ways to increase pupil numbers, improve finances and remain open.

“We are also taking this opportunity to ask officers to review the county’s small school estate in an effort to strengthen the viability of Nottinghamshire’s small schools which play an important role in their communities.“

Executive headteacher of North Clifton Primary School, Rob Cook added: “We are delighted that a decision has been deferred to allow more time to seek to find a way to keep this school open and continuing to serve this close-knit community.

“The consultation period actually had a very positive effect on the school and galvanised the community. Parents and the Friends of the School Association have transformed the outside areas of the school and the new early years foundation stage (EYFS) area looks fantastic. We’ve also extended our provision and opened a new After-School Club, meaning we can now offer daily wrap-around care.”