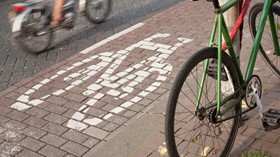 Nottinghamshire County Council has expressed an interest to Government in developing a ‘Mini-Holland’ style scheme in Stapleford.

Mini-Holland schemes, which prioritise walking and cycling over car use, would transform roads and streetscapes in the area to make them, over time, as cycle and pedestrian friendly as their Dutch equivalents.

This could include the installation of segregated cycle lanes on main roads, low-traffic neighbourhoods and high streets, and more road space for people to walk.

Should the county council’s expression of interest be shortlisted by the Government, an extensive consultation with local residents would take place, as well as work to develop a business case and assess the feasibility and scheme design.

“This is too good an opportunity to be missed. Given the number of market towns, as well as district, village and local centres in the county, many locations in Nottinghamshire could benefit from a scheme of this kind.

“However, only one area can be chosen, and technical analysis and work undertaken so far has shown that Stapleford meets all the Department for Transport criteria while also having the greatest potential to maximise and add value to other regeneration and infrastructure schemes in its surrounding area.

“The Government has previously funded schemes of this kind in Enfield, Waltham Forest and Kingston, and in the first year since their construction, walking in these areas has increased by 13%, while cycling is reported to have increased by 18%.

“Congestion in these areas is not reported to have increased, and this is an incredibly promising sign and one which really highlights the significant benefits of a Mini-Holland scheme.

“We want this scheme, if approved, to be driven by those in the community it would benefit, and that is why the specifics of it would be determined through a detailed consultation with those who live, work and use the local shops and facilities in Stapleford as well as local businesses and services who operate there.

“We will endeavour to involve all road user types and protected groups in any future consultations on this proposed scheme to make sure that the needs of all users are considered in the schemes development and design.

“The Government is looking to shortlist around 12 local authorities outside of London, and we hope to be able to put Stapleford and Nottinghamshire on the map as one of just a few places in the UK where walking and cycling are truly at the heart of communities.”