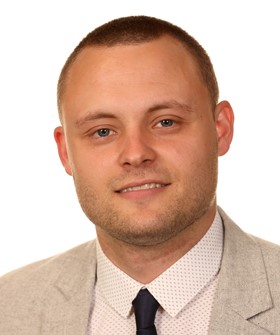 Ben Bradley, MP for Mansfield and Nottinghamshire County Councillor for Hucknall North, gives his reasons why a unitary authority is the best option for Nottinghamshire.

These ranged from the inevitable problems the Covid-19 pandemic throws up, to delivering services in a way that is sustainable for the future.

It’s clear to me and to Government that reform of local councils is needed.

Though there are varying views of exactly what that reform should look like, but most representatives at our councils agree that change is needed.

Currently, we have a two-tier system of governance with district and county councils, both with different responsibilities.

Having eight councils in total means lots of extra cost on duplicating things and lots of extra barriers between services, where things could be made simpler and more effective.

Covid-19 has only accelerated the need for change and now we’re faced with having to close services if we don’t make changes.

It’s not just about money though.

We could also have better public services if things weren’t split up in nonsensical ways, such as seven districts collecting bins but the county disposing of the waste.

More joined up services and joined up thinking would mean better outcomes for residents.

I think that having just one single council for Nottinghamshire (excluding the city) is the best way forward.

A single council would allow for the most savings, which means more money to reinvest in local services, whilst still allowing it to have ‘front desks’ and access points in every town and village.

Whilst some will tell you having one big council is less local or less democratic, it doesn’t have to be.

I would like a council that pushed decision making out from the centre to instead be taken by a Mansfield committee of only representatives.

Decisions like which roads are a priority for resurfacing, for example, could be brought closer.

We have a blank sheet of paper and we can design it in the way that suits us best.

This may seem a bit dry, but it’s hugely important for our local services, and you’ll no doubt hear much more about it in the months ahead.