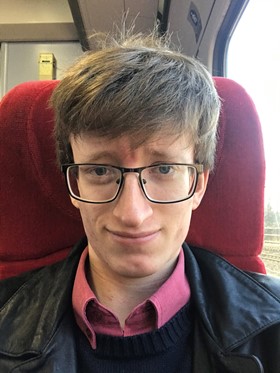 Councillors have approved the future strategy and key priorities for adult social care services for people with disabilities and mental health issues as part of a range of options discussed at Adult Social Care and Public Health Committee this week.

The report, called ‘Living well – new model and future priorities’, also includes details about the way the Council structures its Adult Social Care and Health Services, with a range of free, short-term services aimed at boosting people’s independence and confidence being brought under one service called the Maximising Independence Service. This will be offered upfront to all new and existing service users.

This service includes ‘reablement’, which provides home care support for people who have had an operation or fall and need some support with tasks such as dressing or washing. Staff support people to gradually become more independent and will work with occupational therapy staff to support them to use equipment where possible. 84% of people who used the reablement service last year were still at home 91 days after being discharged from hospital.

Another example is the ‘promoting independence’ role, where staff support people with learning disabilities to do tasks such as travelling independently, managing money or college applications. Corey Derbyshire is one person who has used this service. The 22 year old, who has a diagnosis of autism, was referred to the service after becoming isolated and struggling to leave the house by himself. He was helped by Promoting Independence Worker Saddaf Mukhtar, who worked with Corey on using public transport confidently and applying for a place at Nottingham Trent University.

Corey said: “I wouldn’t be at university if it wasn’t for Saddaf. Even if I hadn’t gone to university, I wouldn’t be in a position where I could apply for jobs because I wouldn’t be able to take a bus to go to them. It’s weird to think about the number of things I’ve done since she’s helped me.”

Councillor Tony Harper, Chair of Adult Social Care and Public Health Committee, said: “The Maximising Independence Service will provide a consistent offer for everyone and will help to boost their independence and resolve their needs quickly. It’s fantastic to hear the difference this approach has made to Corey in boosting his confidence and opening up opportunities to him.

“We know that some people will need ongoing support so in more complex cases, referrals will be made to the appropriate team so they can receive further support when they need it.”

Where ongoing support is needed, a referral will be made to the new Living Well teams which will bring together staff from the existing Learning Disability, Mental Health, Asperger’s and Physical Disability teams, ensuring that people have access to specialist support that can meet all of their needs in one place in their local communities. Living Well services will also work more closely with key partners such as health, housing and the voluntary sector through local Primary Care Networks, providing greater opportunities for place-based working with local people.

Priority areas over the next year include improvements to mental health services, proactive engagement with young people and their families to prepare them for adulthood, support to access appropriate housing and a strong focus on supporting people with disabilities into employment.