Full speed ahead for HS2 in Nottinghamshire 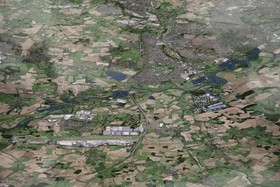 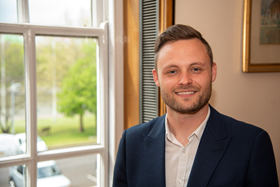 The government has confirmed that HS2 will be coming to Nottinghamshire.

The announcement was made today as part of the newly published Integrated Rail Plan (IRP), which also confirmed the electrification of Midland Main Line, the existing main rail route from London to Nottinghamshire, and further north. It means an investment worth around £10 billion for the East Midlands.

The eastern leg of HS2, also known as Phase 2b, will run from Birmingham to the East Midlands, with a stop inside Nottinghamshire at East Midlands Parkway, just south of Nottingham, with links to Nottingham and Derby. The new 42 mile high-speed line will cut journey times between Birmingham and Nottingham from 74 minutes to 26 minutes.

The plans also confirm a rail link and conventional station at Toton, which could later be upgraded for high-speed trains. The green light gives public and private sector partners in the region the confidence to move forward with local plans to make the most of the opportunities the high-speed rail line will create.

Proposals for Toton and Chetwynd form part of an ambitious long-term vision for the future of the regional economy. Nottinghamshire County Council is a key partner of a proposed Development Corporation that would see coordinated developments around Toton and Chetwynd, Ratcliffe-on-Soar Power Station and East Midlands Airport, covering the equivalent size of three Olympic Parks, with the aim of creating 84,000 jobs and adding £4.8bn to the value of the regional economy, as well as 4,500 more homes.

“Today’s confirmation that HS2 will be coming to Nottinghamshire is fantastic news for our county. It is one of the most ambitious infrastructure investments in the history of the UK. It is not just a railway line, it will play a vital role in multi-billion-pound growth and regeneration plans for Nottinghamshire and the East Midlands, and it represents the biggest single investment in our area in a generation. It means more jobs, more money coming in, more and better infrastructure, as well as more opportunities for training, skills and apprenticeships. It will play a massive part in levelling up our county.

“As well as an HS2 stop at East Midlands Parkway we have that commitment for a link to Toton and a new station there, which could be upgraded for high-speed in the future. We’ve got confirmation of the electrification of Midland Main Line, the key railway line from London to Nottingham and the north of England. I’m really pleased.

“HS2 was always going to take a long time to become a reality, but today's announcement gives us the certainty we need to move ahead with work associated with the Development Corporation, with huge investment at Toton and Chetwynd, and it all links in with the East Midlands Freeport, which will deliver benefits to our residents within the next few years. It accelerates the delivery and the impact of what we can deliver, and means we can move ahead with confidence on local plans and investment.

“Taken together, these projects amount to a multi-billion-pound investment into Nottinghamshire. I’m confident that this Integrated Rail Plan will usher in investment, growth and a better future for local people.

“I will continue to work with the government to plan how HS2 services will connect further north beyond Nottinghamshire, as part of a package to connect as many communities as possible to the new rail network and make the most of all the opportunities that this will bring.”

More details about the plans are expected to be revealed in the coming weeks and months. For more information, please visit: www.nottinghamshire.gov.uk/hs2nottinghamshire