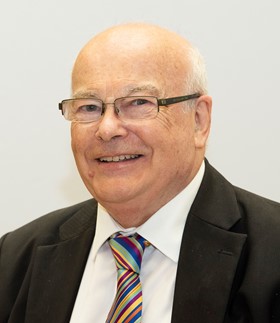 A new report has revealed how fraud attempts against Nottinghamshire County Council worth £4m have been detected and stopped in the last five years.

The eye-watering figure has been published in the county council’s annual fraud report, which also describes how a wide range of council teams worked to stop 534 attempts at fraud since 2016.

The most significant case took place in 2019/2020 when a failed attempt was made to steal £2.2m by using false bank details for a major county council supplier.

Chairman of the county council’s Governance and Ethics Committee, Councillor Philip Owen, said: “I’m pleased that the hard work and diligence of council staff has resulted in hundreds of potential frauds worth millions being stopped in the last five years.

“Our council, of course, operates off taxpayers’ money making it even more vital we stop these con artists before they can do any damage with their underhand methods.

“The county council takes a zero-tolerance approach to attempts at fraud, and we will use the full force of the law against fraudsters, not hesitating to pursue prosecutions.”

The efficiency of Nottinghamshire County Council at tackling fraud comes as the crime continues to threaten the public sector and increase across the country in general.

The Annual Fraud Indicator produced by Crowe UK estimated in 2017 that the threat of fraud to local government might be as high as £7.8bn.

The government’s Economic Crime Plan stated that the number of fraud offences rose by 12% during 2018 to 3.6 million - constituting a third of all crimes in the UK.

Councillor Owen added: “Despite the success of the county council over the last five years, we can’t rest on our laurels – attempts at fraud happen every day in every part of the UK.

“Unscrupulous fraudsters will unfortunately always be a risk, but our excellent specialist staff are ready and waiting to stop any attempts to steal taxpayers’ money from the county council.”

Common fraud attempts in the public sector include changes to bank details and false payment requests, deprivation of assets and misuse of direct payments.