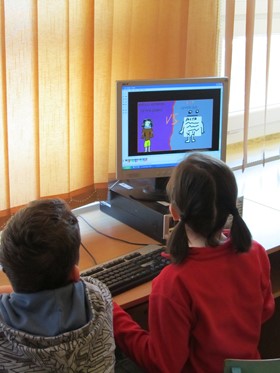 Nottinghamshire County Council faces a potential financial pressure of some £4m as a result of the increasing costs of children in care placements.

Last year, the average cost of a placement for a Looked After Child – be it in foster care or in a residential home - was £62,000 per annum.

Currently, the total number of children in care stands at 853, up from 782 in August 2017, and the number placed in externally commissioned provision has increased by 64 during the same period.

Councillor Philip Owen, chairman of the Children and Young’s Committee, said: “The reality of the situation is that the vast majority of the overall increase in the Looked After Children (LAC) population is placed in external provision which carries a markedly higher average cost.

“This has resulted in a current in-year forecast overspend of some £3.9m and looking ahead, there is no sign that the increase in the numbers of children coming into care has reached a peak and therefore this overspend is likely to increase further.”

The number of children taken into care has increased both nationally and locally over the past 10 years. During this time, Nottinghamshire has maintained its LAC population at a level markedly below the national average.

In 2017, Nottinghamshire’s LAC level was 21% lower than similar local authorities and 24% below the national average.

In Nottinghamshire, the main source of Government funding has fallen by £120m since 2013/14, at a time when demand for services – especially children and adult social care - has increased considerably.

Despite the Council saving over £270m in the last few years, under different political leaderships, the Council still faces a budget gap of £54m.

Coun Owen said: “The overall pressures we face in the Children and Young People’s budget and other budget areas, is a major reason that illustrates why the Council believes unitary status is essential to achieve the level of savings required to release funds to meet these pressures on critical services.”

Councillor Owen also commented on the fact that in practical terms, it was becoming increasingly difficult and expensive to secure suitable placements with the result that many young people are being placed at a cost above the calculated average.

He added: “There is not enough provision in the market so I would encourage people who are interested in fostering, particularly older children, to come forward to help alleviate the pressures in the system.”

A number of initiatives are planned or being undertaken to help manage the overspend whilst at the same time provide the Council direct access to a greater volume and mix of placements, either internally managed or externally commissioned, which collectively provide better financial value to the Council.