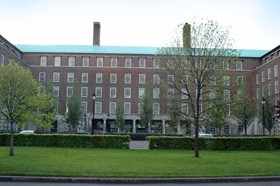 Nottinghamshire County Council is to prepare a formal case to replace the current two-tier system of local government in Nottinghamshire with a new unitary authority, it ws agreed yesterday (Thursday 12 July).

Under current arrangements for local government in Nottinghamshire, services like housing, waste collection, leisure and environmental health are provided by seven district and borough councils, with other services such as adult and children's social care, schools, waste disposal, highways and libraries provided by the County Council.

A new unitary authority would bring all those functions together to deliver more effective services and an estimated £20-£30 million annual reduction in running costs and bureaucracy.

Councillor Kay Cutts, Leader of Nottinghamshire County Council, said: “The argument for a new, unitary council to deliver services in Nottinghamshire is a compelling one and I am pleased that the Council has sanctioned this important step forward to develop a comprehensive business case.

“A unitary authority would provide accountability and clarity about who provides what, giving us a single body responsible for all council services and joining-up functions like rubbish collection with waste disposal and housing with social care and benefits which are currently provided by different authorities. I hear a lot from residents who are fed-up with being passed from authority to authority, depending on the issue and frustrated by the lack of joined-up thinking which is an inevitable consequence of the current two-tier system, no matter how closely the two tiers of local government try to work together.

“A unitary authority would also give Nottinghamshire a much louder, more influential voice within national Government – giving us the best possible chance of attracting the investment and economic growth and improvements to infrastructure which we miss out on currently, increasing the chances of meaningful closer working with other East Midlands councils and, ultimately, the devolution of powers from central Government to the region to increase local decision-making.

“The whole future of local public services in Nottinghamshire is at a crossroads. With eight years of significant reductions in funding already behind us - and faced with the prospect of further reductions to come - the only option to fundamental change to the current two-tier system is significant cutbacks to the services we rely upon and cherish, coupled with punishing increases in council tax. I don’t think that is in the best interests of anyone.

“Under current arrangements, people are effectively paying for two sets of councillors, two senior management teams and two lots of back office functions. A unitary council for Nottinghamshire would enable us to pool our resources and make significant reductions in running costs.

“I have been involved in local government for many years as a parish, borough, and county councillor and am passionate about delivering good services to the people of Nottinghamshire.  I’m not seeking a unitary council for Nottinghamshire out of self-interest for power or control - in fact my own position and the county council as we know it would be dissolved under our proposals - but to reflect the difficult situation local government finds itself in, and to secure the many benefits this would bring.

“It is not a County Council takeover that’s being proposed, but a new Council built on the best practice of the existing District, Borough and County Councils. I want us to work together to secure a future local government that delivers great services - putting people and outcomes first, rather than party politics.”

The motion, agreed by a majority of 35 votes to 30 at Full Council, will now see a business case prepared which will be brought back to a future meeting of the Full Council. If the business case is subsequently approved, it will be passed to the Secretary of State for Housing, Communities and Local Government for consideration.

Any formal process of local government reorganisation would be subject to a comprehensive public consultation.