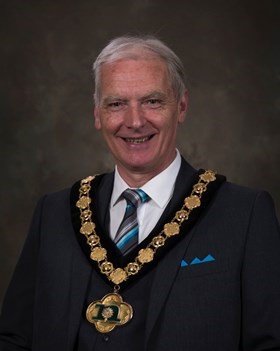 Nottinghamshire County Council, in conjunction with Unison and the Holocaust Memorial Day Trust will be running an all-day event at County Hall, including displays, guest speakers and a candle-lighting memorial ceremony.

On Tuesday 28 January,  the Chairman will be hosting  a County Hall visit from pupils from the Blyth and Harworth area, who are members of their school councils. The young people will be finding out more about how the democratic process works at local councils.

“It is always a pleasure to speak to young people about how councils and democracy works. Visits such as these will hopefully help inspire the next generation of politicians.”

Then on Wednesday 29 January,  the Chairman will attend a Citizenship Ceremony at Bridgford Hall welcoming new British citizens into the country.