Campaign to recruit adopters for priority children who wait the longest 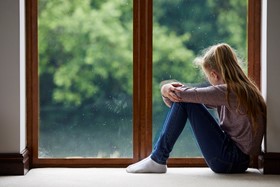 A new campaign to recruit adopters will focus on sibling groups, older children, children from black and minority ethnic backgrounds, and children with complex health and disability needs.

Every year the Regional Adoption Agency (RAA), part of Adoption East Midlands, will seek families for approximately 160 children, with many falling into these priority groups.

The Government’s vision behind the regionalisation of adoption services is to accelerate the pace of change to ensure those children, for whom adoption is the right path, are given the best chance of finding a loving and stable family as quickly as possible.

Adoption Service Manager for the RAA, Tracey Coull, said that finding the right adoptive family for children in care markedly improved their life chances and transformed their future.

She said: “We want every child to be in a loving, stable home and by coming together and joining forces through the work of RAAs, Councils can use the network to match children with the right families much more quickly."

Tracey added that as well as celebrating adoption success stories, the RAA’s aim was to encourage more people to make the life-changing decision to adopt whilst dispelling the myths surrounding the adoption process and challenging unhelpful perceptions.

Nottinghamshire County Council’s Committee Chairman for Children and Young People’s Services, Councillor Philip Owen said: “We get a lot of calls from people interested in fostering or adopting who assume, quite incorrectly, that they can’t due to their sexuality, marital status or because they’ve reached a certain age”.

“And I’m sure there are many more people out there who have dismissed themselves as ineligible long before they even pick up a phone and speak to us. They might have been misinformed or simply believe that working or being unemployed, renting a house rather than owning one or being religious or political automatically disqualifies them”.

“These things don’t necessarily matter. What does is being the sort of person who can offer a stable and loving home to children and being able to meet a child’s needs. We’d urge anyone who has considered adopting in the past, or is thinking about it now, to talk to us first and get the facts.”

Some of the common myths the RAA has encountered surrounding eligibility to adopt include:

“We’re currently looking for homes for 33 children and we need 114 more adoptive families to cope with the ongoing increase in demand. But our main challenges will remain finding families for children aged over four, sibling groups of two or three, children from black and minority ethnic backgrounds and children with complex needs,” added Councillor Owen.

Adoption East Midlands offers excellent packages of support to adoptive families including social worker support during the assessment process and afterwards; a programme of activities for children and young people; and ongoing training and development.

If you wish to consider adopting, find out more at www.adoptioneastmidlands.org.uk, come along to our information evening on Monday 21 October, 6.30pm-8.30pm, at Friends Meeting House in Mansfield or call 0115 804 4567.