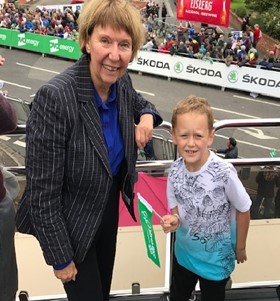 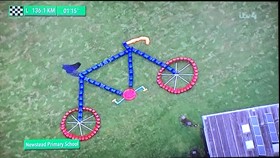 An estimated 200,000 people turned out to watch the Tour of Britain cycle race as it came to Nottinghamshire - with TV commentators confident that the county had the 'biggest crowds of the tour so far!'

“It was quite a day for Nottinghamshire. We witnessed a major international sporting event, broadcast live to millions of viewers, with a thrilling finale and I’m delighted to have been part of it.

"Without the support, goodwill and enthusiasm of local residents, businesses, schools and wouldn’t be able to bring this free-to-attend sporting event our county.

"So I want to take the opportunity to thank everyone for embracing today and turning out to line the route to cheer on the riders, as well as all the hours of hard work and flair that has gone into creating the miles of bunting, countless flags, dozens and dozens of yellow bikes and all the impressive displays of land art around the 45 towns and villages along the 165km-long route.

"Hours of live TV coverage have been dedicated to our county today, showcasing our top landmarks, well-loved legends and stunning countryside, giving viewers across the UK and the world a window into what Nottinghamshire has to offer as a tourist destination.

"It was an incredible day and shows that our county has what it takes to host a sporting event of this scale – which is why we want to see the Tour of Britain come back here in 2018 – so that even more people can experience this fantastic event.”

Winners of the Tour of Britain flag and trophy competition, Mansfield youngsters Saffron Keegan and Connor Chidlow, both aged 6 and from St Phillip Neri primary school, had a day to remember.

Saffron waved off some of the world’s top cyclists with the flag she designed in her Mansfield home town, with the help of Mansfield's Deputy Mayor, Councillor Mick Barton. While sports-mad Connor presented his designed trophy to the stage winner, Fernando Gaviria in Newark in front of a live TV audience.

“This will be something he'll remember for the rest of his life. “

“Connor has loved every minute of the experience - from when he first entered the competition - to the day itself.

“Thanks to Nottinghamshire County Council for organising the competition and to everyone who voted for his trophy design.”

“The whole family were just thrilled to bits that Saffron had the chance to wave the flag that got the race started. The day was incredible."

Dozens of impressive displays were captured by a TV helicopters, including quirky woolly bike wheels formed by moving sheep, a bike made of boats, a giant bramley apple and a creative bike display by pupils from Newstead Primary School, Newstead Village.

“We certainly enjoyed the day. What a unique way to begin our new academic year!

“We were glad of the TV helicopter coverage of our bike. It was definately worth the planning and effort"