A group of young women go to the Dukeries Young People Centre on a Wednesday evening. The group uses the session to have fun with their friends and time to discuss issues that are important to them.

During one of the sessions, they discussed the effects that Covid-19 on young people, including themselves and other people they knew. When the new lockdown was announced towards the end of 2020, the group came up with an idea to create Christmas boxes to give out.

They created a list of organisations and local businesses they would write to and ask for support, then wrote letters to them. The worked on the idea to send the Christmas box to all children and young people aged from 0 to 18 in Ollerton and Boughton, as a way of recognising how difficult 2020 was for them, and to show that their community supports them.

Jack is a Member of youth parliament for Rushcliffe. He has spoken in the Houses of Parliament, campaigned on environmental issues, and been a thoughtful and confident member of the young people's board, representing Rushcliffe's district youth forum. In 2020 he facilitated an opportunity for five schools across his local area to be part of a Q&A session with Robert Jenrick MP, Secretary of State for Housing, Communities and Local Government.

Jack is hard working, with a passion for local politics and a determination to ensure young people have a voice.

His dedication and tenacity has enabled young people in his community to be heard, and to speak to decision makers about the pandemic. He has promoted political awareness among young people, and ensured they were represented during UK parliament week. 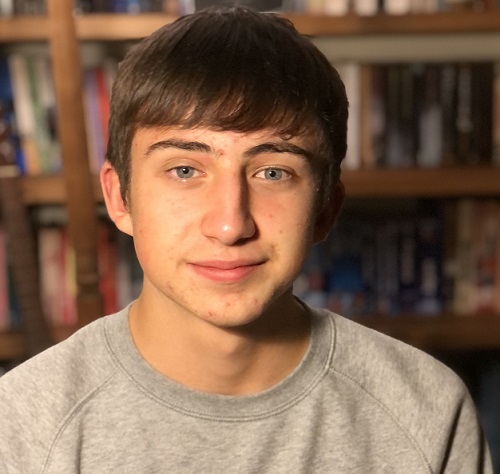 As soon as the first lockdown was announced, Jamie contacted the Newark food bank and asked if he could volunteer to help in any way possible. He had been volunteering in another role for part of his Duke of Edinburgh Award that had to be put on hold due to Covid-19 and really wanted to find an alternative volunteering role that he could get involved with.

Since April 2020 Jamie has attended the Newark food bank warehouse to collect food parcels to deliver out to people in need. As lockdown started to ease and Jamie was preparing to return back to college in September, he asked if he could continue to be involved with the Foodbank at the weekend.

Before the pandemic the food bank ran from a church, and anyone coming to collect food would also have the opportunity to talk to trained volunteers and be offered a warm drink and some food. As the doors had to close, the food bank had to adapt, and without volunteer delivery drivers it would not have been possible to get essential food parcels out.

Jamie wants to make a difference to the lives of people who are less fortunate than him. Jamie was always smiling despite the fact that he was having to do his school work from home and wasn’t able to socialise with his friends due to the lockdown restrictions.

Sophie and Kady are both members of the Dukeries Young People Centre. They enjoy the time and activities on offer and they are very helpful and caring young people who think about others.

The female toilets at the centre had become damaged over recent years, and were repaired during the lockdown period, but still looked run down. Sophie and Kady agreed to take the lead in designing and redecorating the space. They picked colours and designs, and then over four weeks, on Wednesdays, went into the Youth Centre and decorated the toilets. The area has been transformed into a welcoming and bright space.

The feedback from other people at the centre has been very positive, and this has encouraged other young people to put forward suggestions for other areas, creating a greater sense of ownership and pride in the spaces in the building.