The 4Uth awards recognise the outstanding achievements of young people across the county for a variety of different areas such as, caring for others, vital contribution within a local community and overcoming adversity. We received 130 nominations for this year’s awards, which are organised in partnership with the Nottingham Post.

Following the end of nominations in the summer, district youth panels shortlisted three top nominees from which an overall district winner was selected.

A special awards night took place at County Hall on 23 October, where the district winners received their awards and Jasia Byatt from Newark and Sherwood district was named as the overall winner. 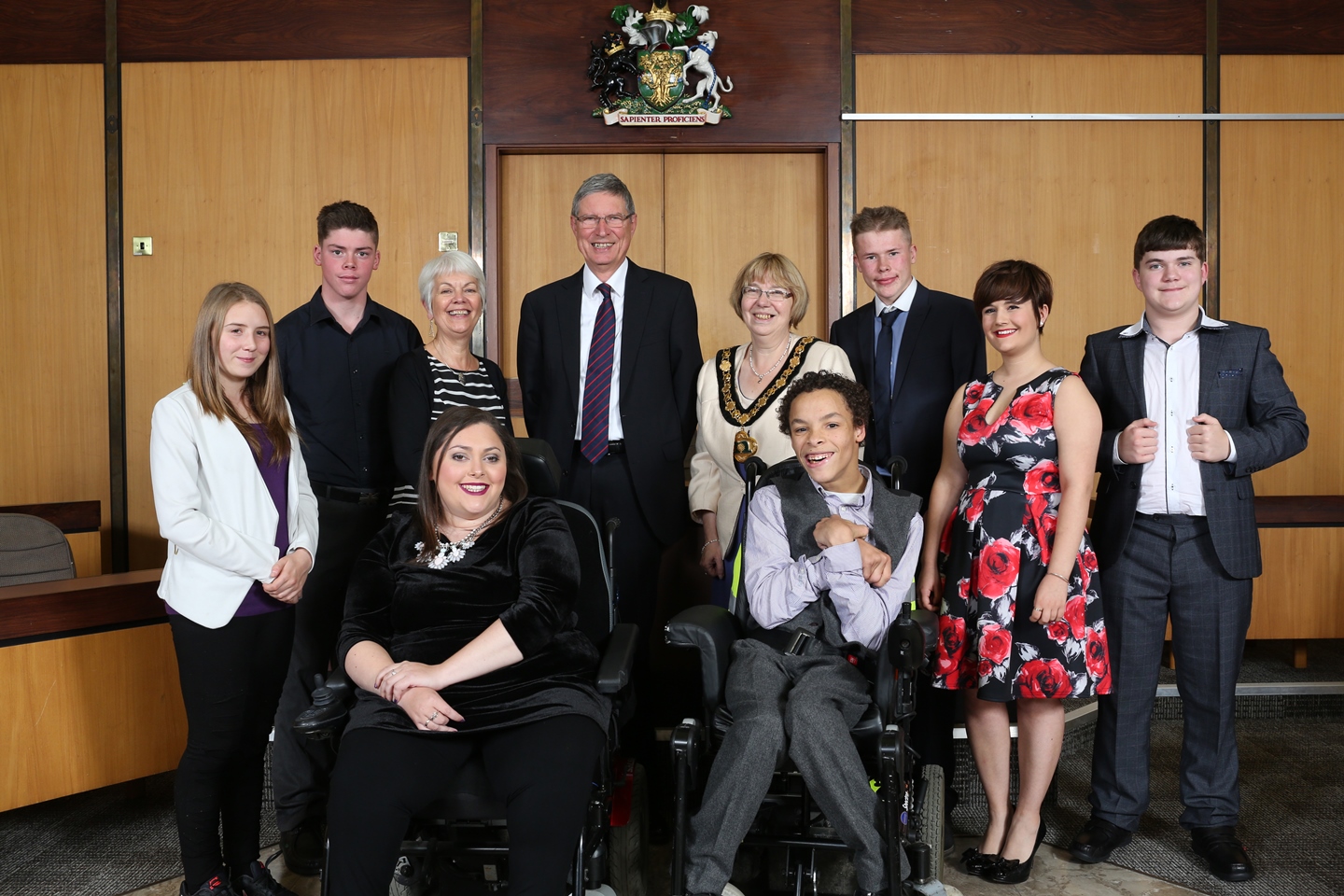 Find out more in this short film with Jasia

Sarah is 18 and lives in Westbourne Road, Sutton-in-Ashfield, she was nominated for the award by Emma Betteridge, a youth worker with the county council’s youth service at Sutton Young People’s Centre. Sarah has been nominated because of her hard work in support of other young people and for her commitment to her responsibilities as a carer for her father.

Find out more in this short film with Sarah

Aidan is 14 and lives in Vessey Road, Worksop. He was nominated for the award by Shane Butkeraitis, the full-time youth worker at Valley Young People’s Centre. Aidan has been nominated for his exceptional sporting achievements at regional and national level whilst representing the Worksop Detachment of the Army Cadet Force.

Find out more in this short film with Aiden

Darcey is 16 and lives in Dovecote Lane, Beeston, She was nominated for the award by Nikola Loydall, youth worker at Beeston Young People’s Centre. She lives with her foster carers Tom and Helen Murphy. Nikki nominated Darcey for her resilience and her attitude to life following some earlier tragedies.

Find out more in this short film with Darcey

Lewis is 16 and lives in Coronation Road, Bestwood Village. He has nominated by Paul Race, a youth worker in the county council youth service. Paul nominated Lewis because of the way in which he fulfils his responsibilities as a young carer and for the role he plays at the youth service district mobile project which visits his village every week.

Find out more in this short film with Lewis

Nathan is 13 and lives in the Mansfield area. He was nominated by Maria De Rosa from the County Council’s Schools Swimming Service. Maria nominated Nathan, who is also known as Natty, because of the way he has progressed during swimming lessons despite the difficulties he has due to disability.

Find out more in this short film with Nathan

Brandon is 18 and lives in West Bridgford. He has been nominated for the award by Margaret Clement who is a youth worker with the Square Peg charity which works with disabled young people in Nottinghamshire. Brandon has been nominated because of his campaigning work on behalf of disabled young people and also because of his fundraising efforts for Square Peg.

Find out more in this short film with Brandon

Find and talk with us online or contact us directly by online form, email, telephone, post or in person at one of our offices.

Facebook.com/Nottinghamshire Twitter.com/NottsCC Use our online form Visit us in person Call us on 0300 500 80 80
Tweet us

Find and talk with us online or contact us directly by online form, email, telephone, post or in person at one of our offices.

Facebook.com/Nottinghamshire Twitter.com/NottsCC Use our online form Visit us in person Call us on 0300 500 80 80