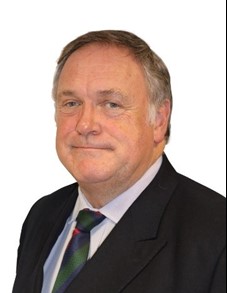 Nick Hile completed a full career in the Army retiring as a colonel after 37 years having served in UK, Germany, Northern Ireland and the Middle East. During his service he was privileged to command East Midlands Universities OTC based in Nottingham, and in retirement was appointed the Honorary Colonel. He is also:

Nick is married to Rosemary who is a retired teacher, and they live in West Hallam.